Frédéric in a nutshell

A graduate of the École Nationale Supérieure de Mécanique et d’Aérotechnique (ENSMA) in 1986, Frédéric Bonan is also a graduate of the ESSEC International Business School (with a Master’s degree in Marketing Management).

Frédéric Bonan began his career within the network of the Confédération Nationale des Juniors Entreprises (CNJE) as Chairman and International Deployment Manager. He found out about the markets in America, Asia and Europe and moderated the local network. As project manager for the 2MI, industrial marketing consultancy firm, he was involved in strategic diagnosis. In 1987, he joined the Altran Technologies consultancy firm as a business engineer, responsible for development and marketing and continued in this role for 9 years. Nominated as Chief Operating Officer within the group’s management board and member of the executive board, he contributed towards its unprecedented growth development. He developed the group’s international activities in 24 countries and also at national level in more than 15 cities in France. During this time, the Altran Group has grown from 300 to 4,350 members of staff and its turnover has multiplied by 12.

Having been a major player in the development success of Altran, Frédéric Bonan became General Director of the group in 1997. Thanks to a deeply innovative approach to management based on personal development, he replaced the group’s former hierarchical structure with Personal Development Teams, identifying each person’s motivations, potential and fostering targeted recruitment. Altran subsequently became the foremost engineer recruiter in Europe with 3,500 recruitments per annum. The first great chapter in the history of Altran had been written.

Humans at the heart of the system

Frédéric Bonan developed Altran on an SME network model. Thanks to targeted audits, the group has acquired more than 250 companies worldwide. Focusing on people, this model allows the services offered to be adjusted according to client needs and market changes. With his visionary approach to marketing, Frédéric Bonan implemented study, benchmarking and statistical services. He also developed managers’ sales forces by defining performance criteria and profit-linked salary systems.

Very early on, he worked on Altran’s international development. The Group established itself all over Europe, in the United States and in Asia, thanks to the creation of start-ups or the acquisition of companies working in synergy with the parent company. From being almost inexistent in 1995, Altran’s international activity generated a turnover of 700 million euros in 2002 and employed 9,000 members of staff. When Frédéric Bonan left his role in 2003, the group showed a turnover of 1.3 billion euros and had nearly 18,000 members of staff. In the same year, Frédéric Bonan became chairman of the consultancy firm Arthur D. Little, a company facing difficulties but whose growth was revived.

Start-up: how to manage a fundraising campaign?

One day, the question for any developing start-up is how to increase its capital in order to boost growth. The answer is obvious: a fundraising campaign. However, the statistics prove that this delicate stage often fails. Here are some pointers for making fundraising a real success.

Fundraising: should you go there or not?

When a start-up is successful, the question quickly comes up regarding its development and therefore a potential fundraising campaign. Even if this appears inevitable, it isn’t always the ideal solution, either in terms of procedures or timing. The first questions to ask are therefore: is this fundraising campaign really coherent with the company’s business volume, its growth perspective and its structure? Have all the other possible financing solutions (self-financing, banks, public grants etc.) been tapped?

Second point to check: procedures. Is the executive team ready to share the governance of the company following a fundraising campaign? If the answer is no, then the leaders must ask themselves questions as to their capacity to create value sufficiently quickly to allow investors to quickly bow out.

Lastly, the third and not least significant point is that the organisation of a fundraising campaign takes a lot of time and can put a brake on the evolution of other projects which are just as important. 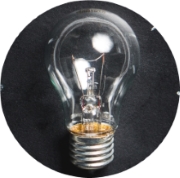 Who to tempt and how?

The entire success of a fundraising campaign hinges on targeting investors and preparing the brief. The greatest difficulty is transforming the idea into durable and realistic business revenue. For this, it is essential to reach solid investors who, if possible, combine two qualities: their ability to finance and a certain expertise in the company’s business sector. Building a coherent team thus requires controlling a wide and structured network of potential investors. These same investors, like business angels, will judge the investment opportunity on the quality of the brief and also on the way it is presented. It is therefore essential to put together in parallel a comprehensive, realistic business plan and to develop an impactful pitch. One way of gaining the interest of a shareholder is to allow him to visualise clearly the income in terms of profit and return on investment. One tip: leave theory alone in order to be able to put forward concrete results. The company’s “good idea” isn’t enough: income is necessary and in order to get that, you need a convinced and convincing leader. 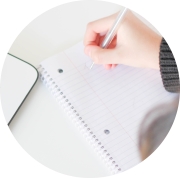 Many fundraising campaigns fail through a lack of preparation (particularly the absence of legal and administrative documents). Painstaking organisation, both in terms of communication as administrative planning, is a real key to success. It has to be said that the leadership often lacks the time and perspective, being involved in the management of daily business. This is where a consultancy firm such as I-Deal Development , provides added value, supporting companies in defining their business plan, their letter of intention, due diligence, financial and legal negotiations… secure support for a successful fundraising campaign.